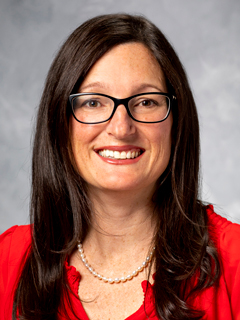 Marin Talbot Brewer is the William Terrell Distinguished Professor of Mycology and Plant Pathology at the University of Georgia where she has been a faculty member since 2011. Her research focuses on emerging fungal threats to plants and people with interests in the genetic basis of disease emergence and host specialization, the evolution of fungicide resistance and fungal mating systems, and the taxonomy and systematics of fungi causing emerging plant diseases. She received her M.S. in Plant, Soil, and Environmental Science from the University of Maine where she studied the effects of biological and cultural controls on soil microbial ecology and Rhizoctonia disease of potato, and her Ph.D. in Plant Pathology and Plant-Microbe Biology from Cornell University in 2011, where her dissertation focused on the phylogeography and mating system of the grape powdery mildew fungus, Erysiphe necator. Recent work in the Brewer lab is concentrated on azole resistance in the human pathogen Aspergillus fumigatus in environmental settings. Her research has been funded by diverse agencies including the National Science Foundation, the U.S. Department of Agriculture, and the Centers for Disease Control and Prevention.