At-A-Glance
Corn Disease Update - Some Old, Some New and Some That Make You Blue

During the 2018 season a number of corn diseases were reported in Indiana. Do you know what you had in your fields? Did they impact yield? The usual suspects, grey leaf spot, northern corn leaf blight and stalk rots, were found throughout the state. Some minor diseases also occurred in areas –Physoderma brown spot and southern rust. In addition, there was an outbreak of the relatively new disease, Corn Tar Spot. The tar spot pathogen Phyllachora maydis was first identified in the United States in 2015 in Illinois and Indiana. An update of what is known so far about the biology and/or epidemiology of tar spot will be given.

A review of corn disease identification, detection and monitoring will be presented. Then, disease specific management options such as host resistance, cultural practices and integration of fungicides will be discussed. Disease management in corn requires the integration of multiple strategies. The number of tools available for plant disease management continues to expand, but it is imperative we understand the Best Management Practices (BMPs) for each tool (new or old) in order to implement and incorporate them into current production practices to achieve effective and economical protection of yield. 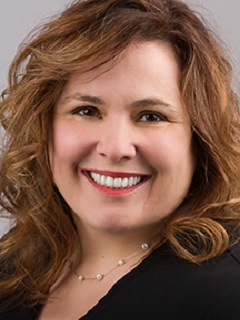 Assistant Professor, Field Crops Pathologist
Purdue University
Biography
Dr. Darcy Telenko is an assistant professor and Field Crop Extension Pathologist with the Department of Botany and Plant Pathology at Purdue University. She has statewide responsibility for Plant Pathology research and Extension in agronomic crops. Her interdisciplinary plant pathology research (https://ag.purdue.edu/btny/telenkolab/) and Extension program (https://extension.purdue.edu/fieldcroppathology/ ) is involved in studying the biology and management of soilborne and foliar pathogens. The program is focused on recognizing and understanding new diseases and their potential impact on Indiana agriculture, and quickly and effectively distributing information in the event of a disease threat to Indiana crop production. Dr. Telenko is a native of western New York and received her BS in Biological Sciences at Cornell University, MS in Plant and Soil Science at Southern Illinois University, and PhD in Plant Pathology and Crop Sciences at North Carolina State University. Prior to Purdue, Dr. Telenko was an Extension Vegetable Specialist for the Cornell Vegetable Program at Cornell University, and was a post-doctoral researcher at both the University of Florida and Virginia Tech. She has published 11 peer-review articles and over 100 Extension publications. Her program currently has three students working on MS or PhD degrees, one visiting scholar, and three undergraduates studying Plant Pathology.
« Back
<?