Bt corn, modified to express insecticidal proteins, was introduced in 1996 to control European corn borer (ECB) in North America. Insect resistance management (IRM) strategies developed to prevent resistance development to Bt corn have been highly successful for ECB as no cases of resistance were identified in more than 20 years of resistance monitoring. In 2018, the first case of practical resistance (field failure) was discovered in Nova Scotia, Canada from fields of Cry1F Bt corn. The risk of resistance in other regions, possible causes of resistance, and how to manage ECB before and after field-evolved resistance will be discussed. 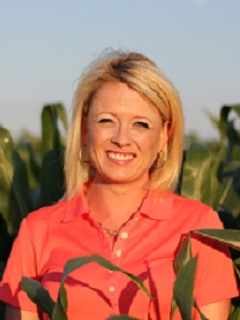 University of Guelph
Biography
Jocelyn Smith is a research scientist in field crop entomology, specializing in insect resistance management for transgenic corn. Her research activities include collaboration with commodity organizations, seed and pesticide industries, public researchers, and government specialists to develop management strategies for key pests in corn, soybeans, and wheat in Ontario, Canada.
« Back
<?